A doctor who is also an army wife recounts her experiences of being judged each time for her choices. Yet, she chose her freedom at the end of the day!

(This post is part of a special series on #FreedomToBe  where people shared their heart felt stories about one’s relationship status and the judgement that often comes with it.) 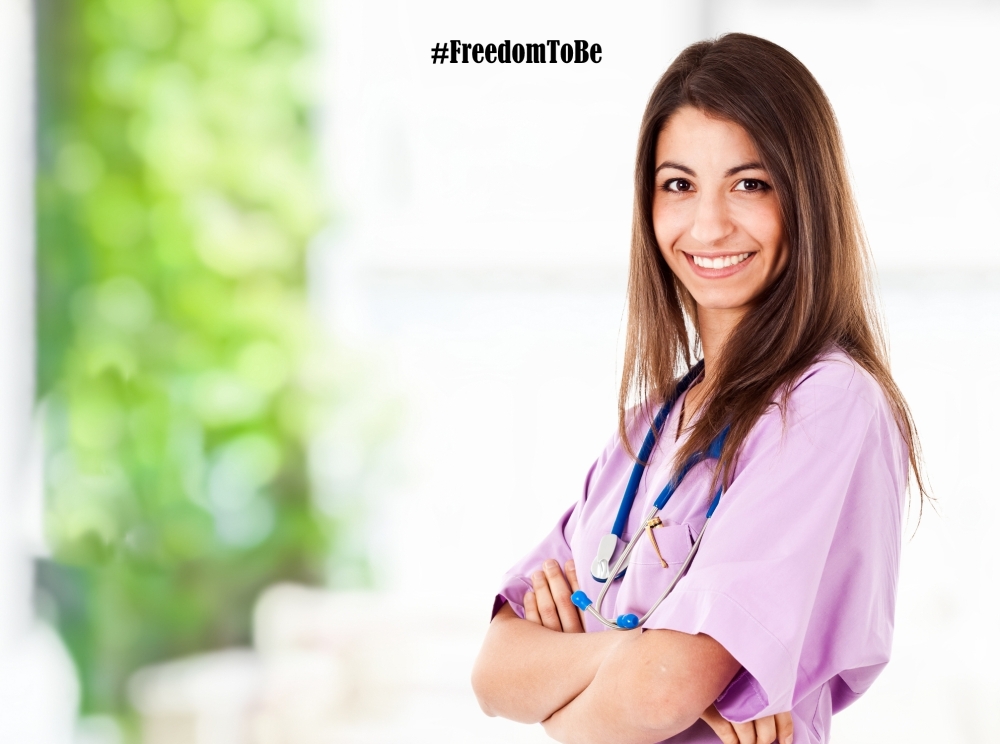 Love is an amazing feeling. It sugar coats everything and the world starts appearing perfect. You feel like you are floating on a cloud. Marriage, on the other hand, is a reality check!

Eight years ago, when I finally convinced my parents about my marriage to an Army officer (while I am a medical doctor) who belonged to a different caste, I thought my problems were over and the love story would end with ‘They both married and lived happily ever after’. How wrong I was! It was only the beginning of a long arduous journey that somewhere, had me losing myself before I could realize the gravity of the situation.

Before marriage, my husband was the ‘outsider’ in my family- post-marriage, I was the alien in his. From day one started the phrase ‘our’ customs and ‘your’ customs. Supposedly ‘close’ relatives sympathized with my in-laws and told them right in front of me,”Koi na, the girl has come to our family. She will learn the ways.”

“Hello! I am right here, remember?”, I felt like saying but put up the newly-wed smile on my face instead. Then someone came up with the ultimate solution – change her name! Everyone got busy suggesting new names for me and a panditji was even consulted for an auspicious one. I was shocked! No one was even asking me. I know this custom does exist in certain households, but I was surely not giving up my name and acquiring another. It sounded like their son had gone out and gotten something from a foreign land that needed to be repackaged and renamed for acceptance in the local circle. Much to the disappointment of my new family, I openly refused and saw my first and probably the only chance at acceptance in the clan go down the drain.

A couple of days later, when I was to enter the kitchen for the first time and cook something sweet as is customary, I realised that my educational qualification, the glory of which I had been hitherto basking in, was a demerit in the household department as it was taken for granted that I would not know how to cook as I was ‘too’ educated.

I dismissed all these as teething problems in a marriage and took them with a pinch of salt.

I dismissed all these as teething problems in a marriage and took them with a pinch of salt (literally!). Soon, I entered the world of the Army. I thought that since we were both working, he would be doing his job and I mine and happiness would prevail. Little did I know that the wives also have an active role in many things. The custom has its origin in a very good cause of cohesion and taking care of each other in the army, but some people forget the cause when they thrust things on others. I was a misfit as an Army-wife. I got judged again, got commented on as ‘needs grooming’ when I wore a salwar suit in a hurry instead of a saree as I had gotten late from work. I was even termed as a ‘snob’ when it was taken for granted that I must be too proud of my qualifications. I tried desperately to fit in, but it was not meant to be.

Even in my own circle of friends, a majority of whom were of course doctors, I became the fish out of water. As a doctor, my choice of partner should automatically have been a medico. I must not be serious about my career. What a waste, they sympathized.

I got tired of judgments, tired of explaining myself, and justifying my choices. Self-confidence took a nose dive and I retreated into myself. The erstwhile chatter box became quiet. Strangely enough, no one understood the reason why, and they concluded that I had matured after marriage! Six months into marriage and I was regretting it. A stage came where I felt I could go on like this no longer. It was an either fight or flight situation. Flight did not seem like an option as the only thing going right in my life was the love I shared with my husband. Love is worth fighting for. I had attained it with a lot of effort; I was not going to let it go.

Love is worth fighting for. I had attained it with a lot of effort; I was not going to let it go.

Once I made up my mind, I realized that others’  opinions affect you only if you let them. It is hard to ignore them too, considering how vocal some people are, but I tried and it seems now that over the years, I have almost mastered it. As long as we are happy and in love as a couple, nothing else matters. I do as I please and it has its consequences, but I am happier facing them with my husband by my side rather than let anything affect our relationship.

People still pass weird comments such as, “Oh you are a doctor? Why did you marry an Army officer? Must be love marriage then.” “Do you cook? Really!” “Poor you! It must be so hard to be a doctor and marry an Army guy. He leaves you every two years.”

At times, I just don’t bother and laugh it off but at others, when my threshold is low, I return the comments with sarcasm. Not that I enjoy doing it, it just gets important at times to show the world the boundary of your personal life with a big signboard that says:

‘No trespassing. Trespassers will be prosecuted!’

(This was published on Women’s Web. Thanks a ton Shivani Shourie for sharing your story! Three of the published entries including this one, will receive a Papilio glass table clock with old world charm from SoulCafe.)